These are definitely not selfies. Normally I’m averse to self-portraits for myself (totally fine if others like doing it) unless there is reason or humor for it. I seem to have started a tradition of birthday self-portraits and this year I shared them on Instagram (MRP_Visionaries). I did this partly because it struck me as meaningful work; the release or exposure of pent up emotions. It also may have made one person feel like they’re not alone in their personal struggles.

I wasn’t going to share here / FB except that it seems counterproductive to share in one area and not another. This is some of the sort of work I’d like to do; help people release and cope with their metaphorical demons (if real demons, call a priest).

I also wanted to share because I’m not sure I expressed myself properly with the series. The final image is meant, as perhaps some interpreted, not as a post-life image but as a post-crisis image. I’ve re-edited and toned down the blow-out here and I think it improves the image but that I still didn’t quite succeed on the message.

So why post it? Because as part of growing as an artist (if I may flatter myself a moment) is to realize where one’s message may have failed. I think the over-editing of the first version was not only a technical failure but also perhaps an artistic one. Also the pose will take the viewer immediately to prayer and on reflection (get it?) maybe I should have used a pose slightly less associated with a monotheistic religion and something slightly more universal or meditative.

In either event the point of the series was to get some raw emotions out, but also to show that it can get better if we get through the rough patch. I have been very fortunate in my life to have relatively few of these, but it can still be hard to remember that it is only the PAIN that I want to end. I still have work to do even if I don’t know for sure what that is. 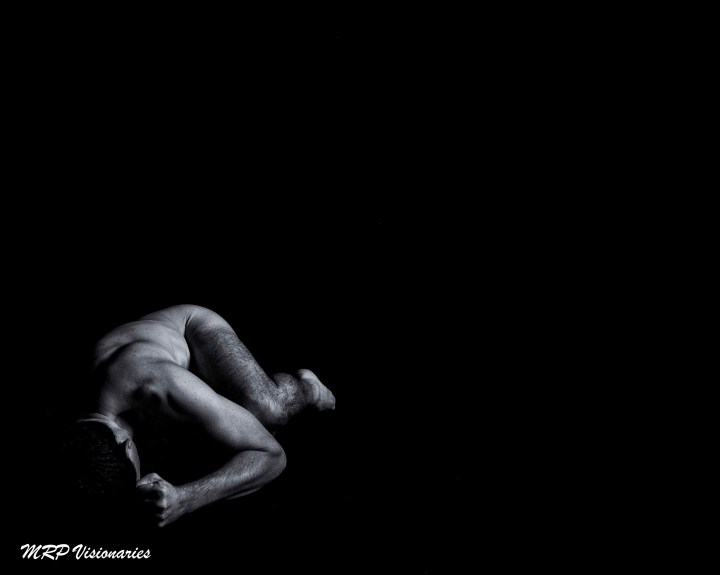